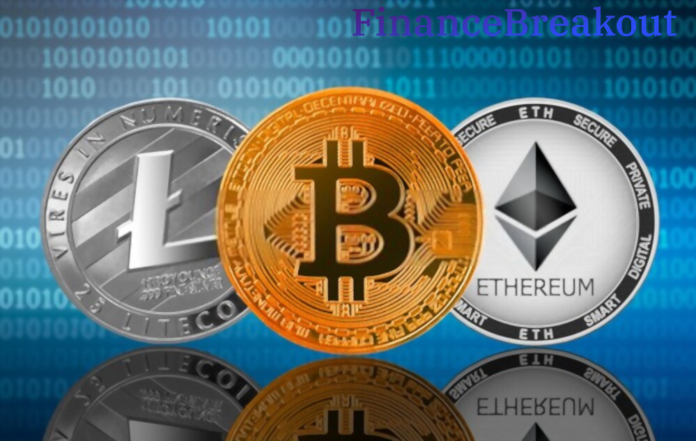 Since the beginning of the pandemic, cryptocurrencies have been one of the hottest topics in the finance sector. Over the last few years, after Bitcoin made some headlines, the public has started believing in cryptocurrency’s power. However, nothing can match the popularity of Bitcoin, and many other cryptocurrencies like Dogecoin, Ethereum, and Litecoin.

Comparing Bitcoin with other cryptocurrencies sounds like a no-brainer. Nowadays, crypto investors are slowly moving to other currencies to maximize their profits. As a result, investors are doing Ethererum vs. Litecoin because these two currencies are pretty profitable and less volatile.

Are you also confused between Litecoin and Ethereum? In today’s post, we’ll discuss the differences between these cryptocurrencies.

Back in 2009, Bitcoin was launched and became the most dominating currency in the crypto market. Nevertheless, 2021-2022 has impacted the crypto market significantly. The result is Bitcoin is slowly losing its spike, and other cryptocurrencies are gaining momentum.

You can undoubtedly blame the Chinese Government and Elon Musk, who once accepted bitcoins publicly and abandoned them suddenly. Despite the rise and fall, cryptocurrencies are grabbing the attention of famous investors like Bill Gates.

Coming back to Litecoin and Ethereum, these cryptocurrencies are very stable and suitable enough for investment. So without further ado, let’s understand the key differences between these two cryptocurrencies.

Ethereum vs. Litecoin – The Major Differences

Undoubtedly, both these coins were introduced after Bitcoin when the world was recovering from the economic crisis. Litecoin was launched in 2011, and Ethereum came in 2015. Ethereum was one of the best altcoins, whereas Litecoin was introduced to resolve Bitcoin’s fee and speed issues.

Litecoin is very simple like Bitcoin comes with the LTC token. On the other hand, Ethereum is far different from Bitcoin in multiple aspects. It has become the platform where many computers and applications can work simultaneously. The token of this currency is Ether.

Like Bitcoin, Litecoin is limited in terms of tokens. Ether can be minted without any limits, and opportunities are awaiting for developing more tokens. It means there might be a scarcity for Litecoin tokens, not for Ether.

One of the key differences between these cryptocurrencies is the block time. Block times mean the time required for creating new blocks and how it affects the transaction speed.

Here, Ethereum is faster than Litecoin. Litecoin was considered the faster alternative to Bitcoin; its block time is four times faster than Bitcoin. On the other hand, the blocks of the Ethereum are confirmed within 15 seconds, even at peak situations.

When you’re doing Ethereum vs. Litecoin, you have to understand the concepts of both these cryptocurrencies. Both the coins have their own applications and key features. Here, the similarity is transaction limits and block times.

The average blocktime of Ethereum at prime conditions is a maximum of 15 seconds. When there are not many transactions happening, the blocktime can go down to 5-10 seconds. As a result, Ethereum becomes a suitable platform when countless transactions are happening simultaneously. Apart from transacting, sending, and receiving, the values are higher at Ethereum than Litecoin.

Ethereum is a highly programmable blockchain where the Ether tokens are holding the values. The primary objective of the Ether token isn’t the day-to-day transactions but the implementation of the smart contracts. Ether token has the contracts and executes them successfully when required.

Above all, we have mentioned the difference between the concepts of Ethereum and Litecoin. Litecoin has almost reached its final token limit of 84 million. As a result, the value and demand of Litecoin are steadily increasing because of the limited supply.

For Ethereum, supply and demand don’t matter. This cryptocurrency has an unlimited token supply making Ethereum platform smoother and faster.

Litecoin Vs. Ethereum – Which Cryptocurrency Is Best For Investment?

After understanding the key differences, it’s time to understand which coin is good for long-term investment and higher returns.

Litecoin is a better investment option because this coin is scarce, and the supply is limited. As a result, the value of this coin will gradually increase over the period. As the general public has started believing in cryptocurrencies, they would prefer coins suitable for daily transactions.

Ethereum is basically providing a decentralized platform that allows you to run programs and applications on it. Vitalik Buterin, the founder of Ethereum, has recently announced a major upgrade for enhancing performance. Due to the latest technology advancements and upcoming major upgrades, the value will probably be rising.

There will be no major upgrades in Litecoin because it’s an alternative to Bitcoin. Still, it’s a good investment option. Ethereum is a coin with good potential in the future, and many famous crypto investors are looking forward to adding this currency to their portfolios.

Instead of doing Ethereum vs. Litecoin, you should understand your needs and budget. Both these coins are well-established in the cryptocurrency market and suitable for long-term investment.

When it comes to choosing one for the investment, the decision should be made on personal preferences. If Ethereum pushes that announced major upgrade, the price will increase because people are excited about it.

Litecoin can also become a better option if people start spending the cryptocurrencies instead of holding them. Bitcoin is steadily going down because this currency is overhyped, slow, and expensive for new investors. However, Litecoin is the best alternative to Bitcoin.

Top Benefits of Being an Option Trader

The Concept of IPO: Understand the Benefits and Drawbacks

Things That Every Business Must Know About Debt Service

The Guide To Calculating Gains And Losses Of Your Stock Holdings