What is a water ETF and what does it track? 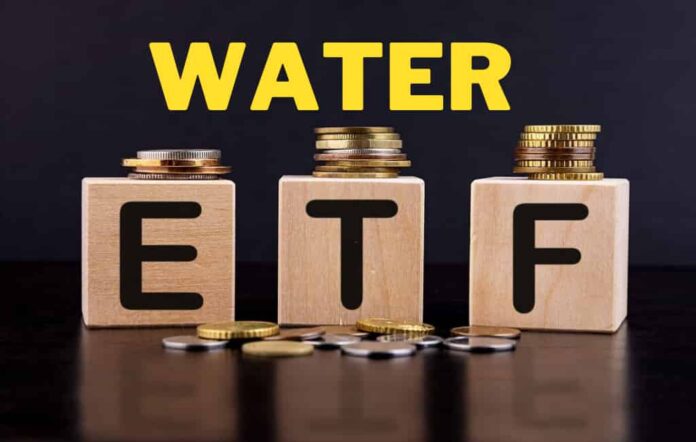 The world’s water supply is in a very delicate and precarious balance, and there are many concerns about the future of this resource. About 97% of the planet’s water supply is saltwater, which makes it difficult to use for drinking or agriculture.  Only 3% of it is fresh water, and much of that is trapped in glaciers.

This has caused some experts to predict that water will be the next oil; one commodity with increasing demand and decreasing availability. Author Peter Gleick predicts that wars will soon break out over freshwater supplies, leading to “water conflicts”.

For investors looking for an investment in this resource besides purchasing farmland or agricultural companies, they have another option available: buying stakes in publicly traded companies through an exchange traded fund (ETF).

A water ETF is an exchange-traded fund that invests in the equity of companies that provide products and services to the global water industry. These funds do not invest in physical water, but rather in publicly traded stocks and bonds that may include everything from computer makers to utilities to insurance providers.

Because these funds are actively managed by investment managers, there’s a good chance you will find many more options on the market than there are actual funds. According to Kauli Rao, senior analyst at FactSet Water, “There are currently around 45 active water ETFs worldwide with almost $3 billion in assets under management.”

Many of the largest ETFs hold shares of either General Electric or Dow Chemical, two large industrial conglomerates with significant water treatment and infrastructure businesses. Water ETFs also hold shares of companies that serve the market for water infrastructure, like Siemens or Amphenol, as well as utilities like American Water Works or United Utilities.

Water ETFs are useful for investors looking to gain exposure to the broad water industry without having to either research individual stocks or set up a full-scale portfolio of individual bonds. That said, there are some downsides to buying shares in an active fund rather than investing directly in individual securities; most notably, commissions may be higher when trading with mutual funds than when you’re able to trade directly on an exchange. Additionally, actively managed funds tend to carry higher management fees than index funds

Types of water ETFs in the market today

Water ETFs can be divided into three categories:

Utilities: American Water Works (3%) and United Utilities Group (2%) are the largest U.S.-listed water utilities with significant holdings in ETFs, followed by Aqua America (1%). These utility stocks can see volatility because of their size; for example, after Hurricane Harvey hit the Gulf Coast of Texas, investors pushed down shares in companies like Aqua America that serve residents in affected areas. However, even these smaller providers have seen growth recently due to legislation requiring replacement of aging infrastructure nationwide.

According to Rao, “The combination of low interest rates and new capital investments should contribute towards long term growth.”

Infrastructure Providers: Amphenol Corporation (3%) and Siemens (2%) lead the way in terms of total amount of assets under management. These companies design and manufacture products used by other businesses to serve the water industry — everything from power generation and transmission equipment to solar panels and battery storage systems.,

There are currently around 45 active water ETFs worldwide with almost $3 billion in assets under management, Rao said. If you’re interested in broad exposure to the global water industry, these could be right for you. When choosing which funds to invest in, it’s important to compare fees as well as geographic exposure; while it may be necessary for some investors to pick domestic-focused mutual funds, others may find that international holdings offer more diversity.

How to invest in a water ETF?

It is not easy to answer this question without some prior knowledge about what an ETF is. Typically, water ETFs are used to invest in the money flow of publicly traded companies that deal with water resources. They do not directly hold shares of any company but instead invest in different types of securities (stocks, bonds, futures contracts).

This means that they will be more volatile than stocks and bonds on their own because they represent all possible variations between two or more securities. For example, if many Coca-Cola investors suddenly wanted to sell their stock holdings, it would have a huge effect on the price. An ETF gives its investors dividends according to how many shares are owned by people who invested through it.

ETFs allow investors to track the price of a commodity index or industry sector and have similar benefits to traditional stocks.

ETFs can be sold short (betting that they will go down in value), bought on margin (borrowing money from your broker to buy more shares than you would normally be able to afford) and purchased as part of an options strategy (which give the owner the choice between buying, selling, or doing nothing). They also accrue dividends like normal equities.

While it is better than if you had put the money in a savings account, it is extremely low when compared to investing with ETFs. For example: Vanguard MSCI Emerging Markets ETF holds 629,712 shares of British Petroleum which means that at its opening price ($25) back in 1980 (when this was written), one can invest approximately $160.77 ($25*629,712/1000). Investing like this would mean that by 2015 (38 years later)

Pros and cons of investing in a water ETF 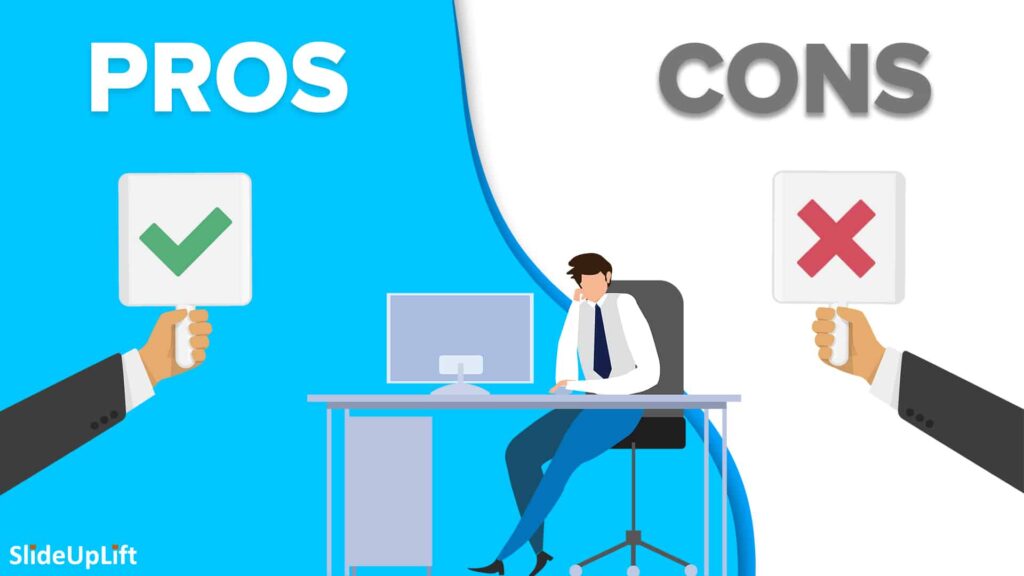 The main advantage of investing in water through a water ETF is that you are able to diversify your risk.  As with all publicly traded companies, the stocks of the companies in the index are correlated with each other to some degree.  This means that if one company in the water ETF goes bankrupt, it will have a small effect on the entire portfolio of holdings.  Since most people see investing in an ETF as less risky than buying individual stock shares, this makes them good investments for many people’s portfolios.

Investors can also track their water ETFs just like they would any other type of investment through sites such as Yahoo! Finance or Wolfram Alpha Quandl.  Most online brokers allow investors to also make trades for free when buying or selling ETFs.

There is an important disadvantage when considering whether to invest in a water ETF rather than buying stock in different water companies.  While it is possible to track the index with a site like Yahoo! Finance, there are no official figures available for how much each company makes or what its total revenues are.  This means that you must do your own research on each company before making an investment decision.  Also, since water ETFs only invest in publicly traded companies, this excludes privately held ones that may be able to tap into promising new technologies for desalination and purification of water.  Lastly, if your goal is just to have exposure to the water resource sector then it may be better to look at other stocks that will benefit from increasing demand for this critical resource (e.g., agricultural companies).

One of the largest challenges the world will face soon is access to clean drinking water. And our global population keeps rising. Every year, 1 billion people get access to improved drinking water sources and 2 billion more gain access to improved sanitation. Yet, even with these improvements, it is estimated that by 2025 at least half the population in developing countries will be suffering from water shortages [1].

With increasing awareness about this issue, an interesting trend has been noted within the financial industry: ETFs investing in water companies have been rising over recent years [2]. These ETF investments can be a way for individuals to contribute to solving some of the world’s problems without having to go through all the difficulties and intricacies of being a direct shareholder in a water company.

The graph below shows the total net assets of all three major ETFs investing in water companies [2]. One can notice an increase since 2012 with a peak in 2014. It is interesting to see, however, that throughout 2017 there has been a decline from this height [2]. 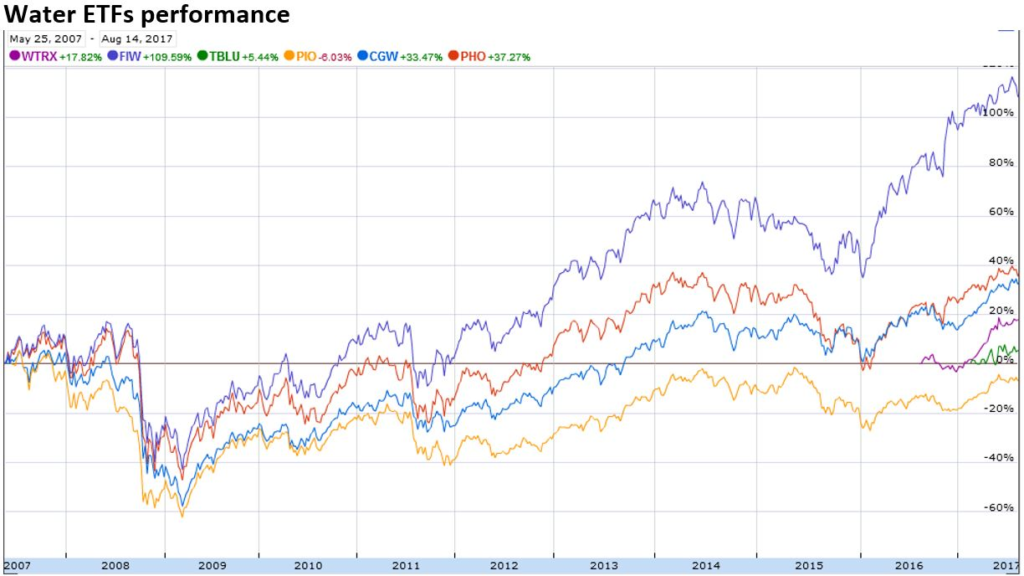 In these years when many investors have been increasing their investments into water stocks [3], the three above mentioned ETFs have seen huge returns [3]. In 2013, Water Resources was one of the best-performing ETFs with gains just below 44% [4]. The following year did not provide such high profits, but it did come close with 37%. When we look at 2015, we can see that even with -21% returns, it still outperformed the S&P 500 Index with negative 8.8% [4].

With these profits to be made, one can wonder why recently, in 2017 there has been a decline throughout these three funds which have seen losses between 9 and 10%.

There are two explanations for this phenomenon:

2) other assets are bearing more promise for investors.

The following graph shows the total net assets of all three major ETFs investing in water companies together with their respective performance over time [2]. One can notice an increase since 2012 but also a stagnation during 2014 and 2016 before continuing to increase after this period. It is interesting to see, however, that throughout 2017 there has been a decline from the highest point reached in 2014 [2].

The graph below shows the total net assets of all three major ETFs investing in water companies together with their respective performance over time [2]. One can notice an increase since 2012 but also a stagnation during 2014 and 2016 before continuing to increase after this period. It is interesting to see, however, that throughout 2017 there has been a decline from the highest point reached in 2014 [2].